According to the population census of 2001, Botswana is home to 1, 68 million people. The annual population growth rate during the 1990's was 2.4% compared to the 3.5% growth rate in the eighties. This decline is due to more effective family planning and the spread of HIV and AIDS. This is, however, the less of a decline than expected due to an increased migration into Botswana.

The time zone in Botswana is GMT +2 and ranges from 6 to 8 hours ahead of U.S. Eastern Standard Time.

Arguably one of Africa's fastest growing cities, Gaborone is the capital city of Botswana. This is a vibrant and colourful city and is situated in the flat valley between Kgale and Oodi Hills. It is located just 15 kilometres from the South African border post at Tlokweng. Gaborone is also the seat of government in Botswana, as well as the country's commercial and administrative heart.

Gaborone is home to a myriad of shopping malls, offering a wonderful range of imported and locally produced goods, great restaurants, world class hotels and numerous night clubs. In Botswana you will find a combination of low cost housing, blocks of flats, shopping centres and industrial complexes.

Semi-arid and subtropical with hot and dry weather for most of the year. Winter is from May to September and is dry, with warm days and cold nights. The summer months are October to April and are hot and wet. The main rain falls between December and March, but usually in the form of brief thunderstorms lasting an hour or two.

The official currency in Botswana is the Pula (pron: Poo-La), divided into 100 Thebe (pron: tea[r] - bea[r] without the "r's").
Major hotels have foreign currency exchange facilities, and most shops and lodges accept traveler's cheques.
Banks in Botswana will only accept US Dollars, Pound Sterling, Euro and South African Rand, in hard cash.

It is customary in Botswana to tip taxi drivers, waitresses, waiters, stewards and delivery persons 10% of the bill if it is not already included. On safari, approximately USD 5 -10 per person per day is sufficient for excellent service.

Services are limited to the urban areas. There no reception in the wilderness areas except by satellite phone. Should you be wanting to make international calls when you reach an urban area, or when you are within range of a cellular beacon, you should arrange for roaming facilities with your service provider, before you leave your home country.

The electrical current in lodges and hotels is 220 Volts. If you bring along 110 volt electrical equipment, please make sure you pack in an electrical converter and an adapter plug set. Generally, there are no electrical outlets in the tents and safari camps. Most safari camps are set in remote locations and run their own electricity from generators. 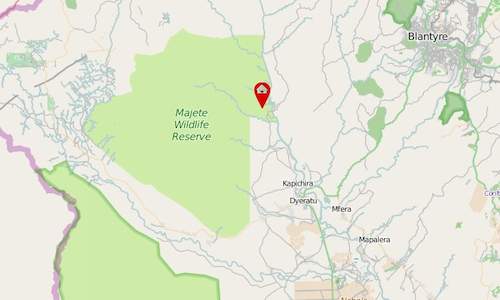